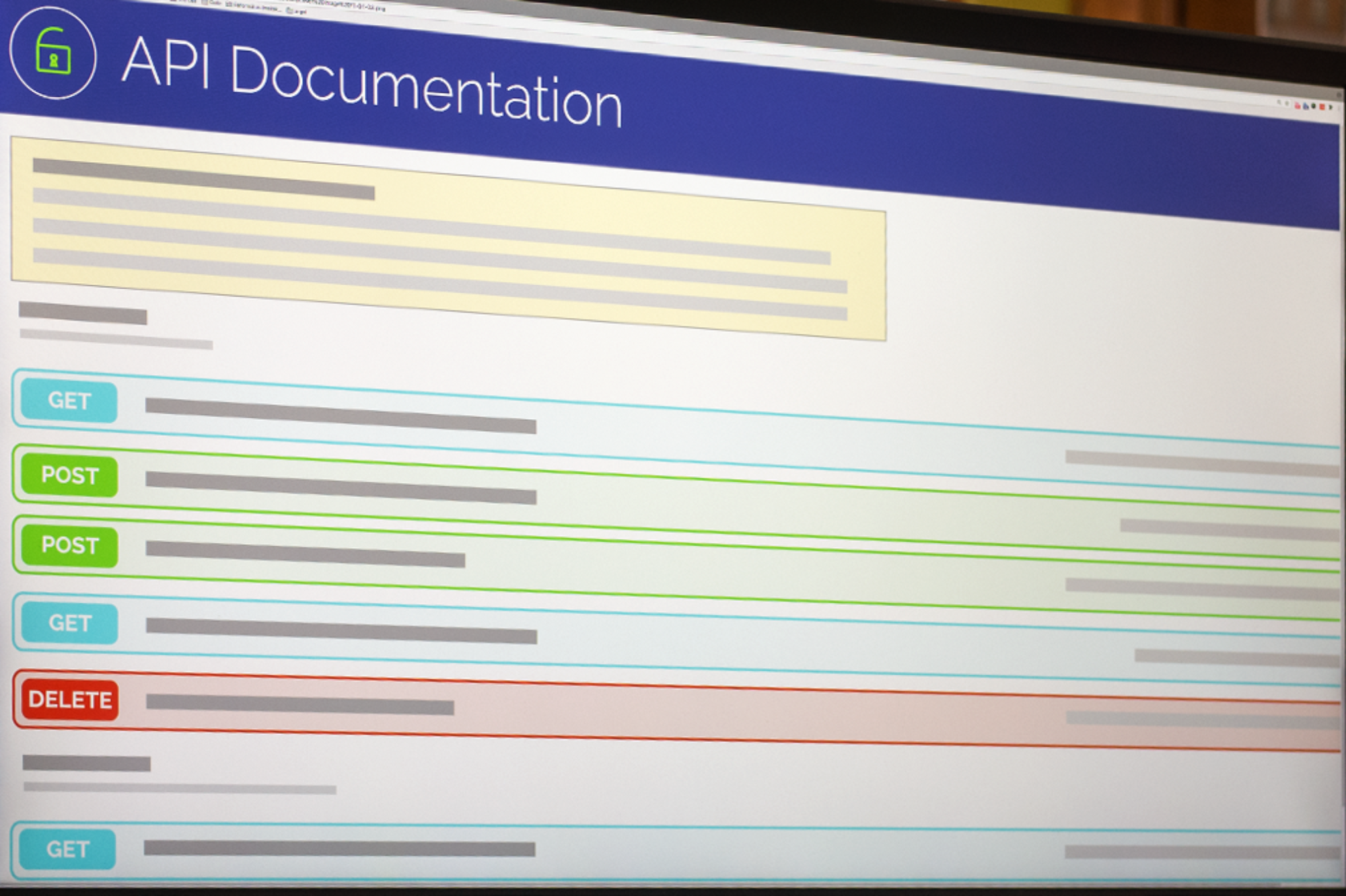 The Swagger specification is a powerful definition format that describes RESTful APIs. It maps all the resources and operations associated with a RESTful interface and makes it easier to develop and consume an API.

Recently the Swagger standard changed its name to Open API, you can find out more about the initiative at the Open API Initiative website. As a leading standard Swagger/OpenAPI has accumulated a large range of API documentation generators that use the specification format. 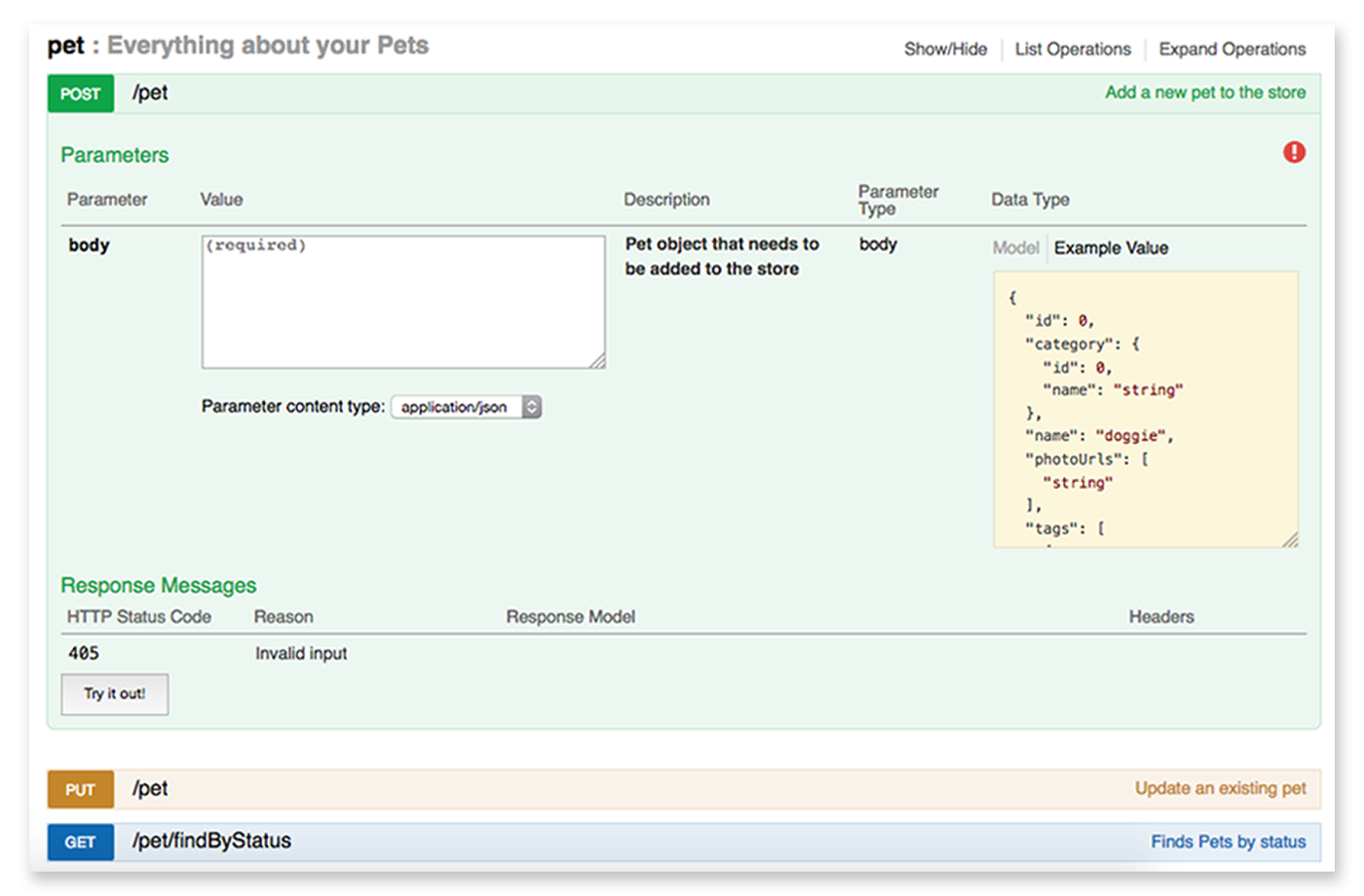 Example of an API documentation displayed with the Swagger UI

Swagger is free to use, licensed under the Apache 2.0 License. You can find all Swagger-related public tools under the swagger-api GitHub account.

Many open source projects and tools vendors provide Swagger integrations, so make sure to check out the list of available solutions before building new tooling - there is a big chance you will find an existing solution that fits the needs of your project.

As today’s leading API ecosystem, it’s also the best documented and supported. Should you decide to document your APIs with Swagger, you can find plenty of resources, tutorials, examples and help online. 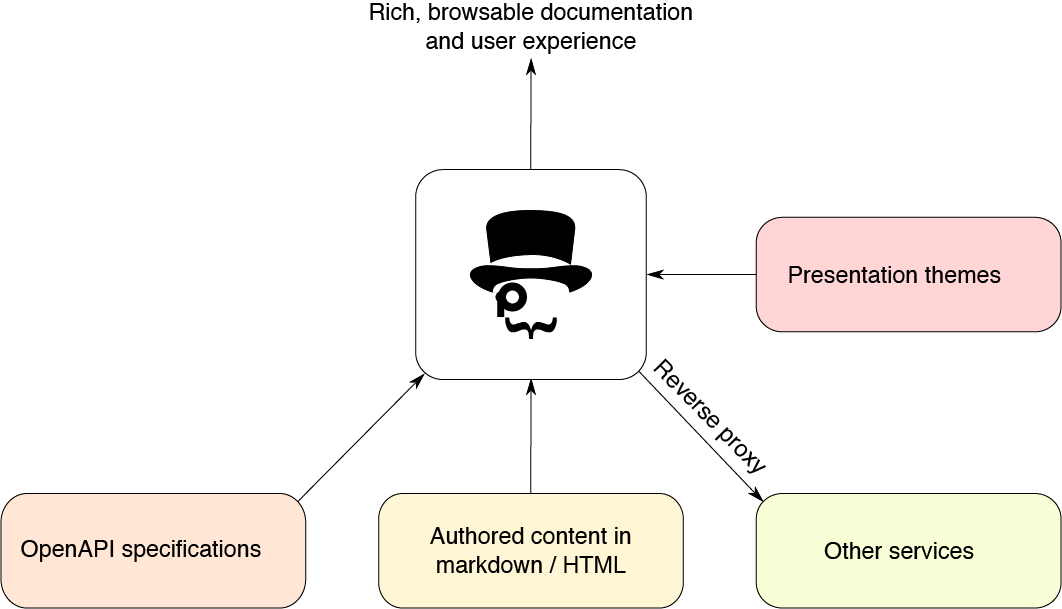 ReDoc uses the OpenAPI specification and generates a responsive site with a three-panel design. It pulls markdown headings from the OpenAPI description field into the side menu, and supports deep linking.

ReDoc aims to make deployment extremely easy, provides a wide support for OpenAPI objects, and offers interactive documentation for nested objects. You can include code samples via a third-party extension. 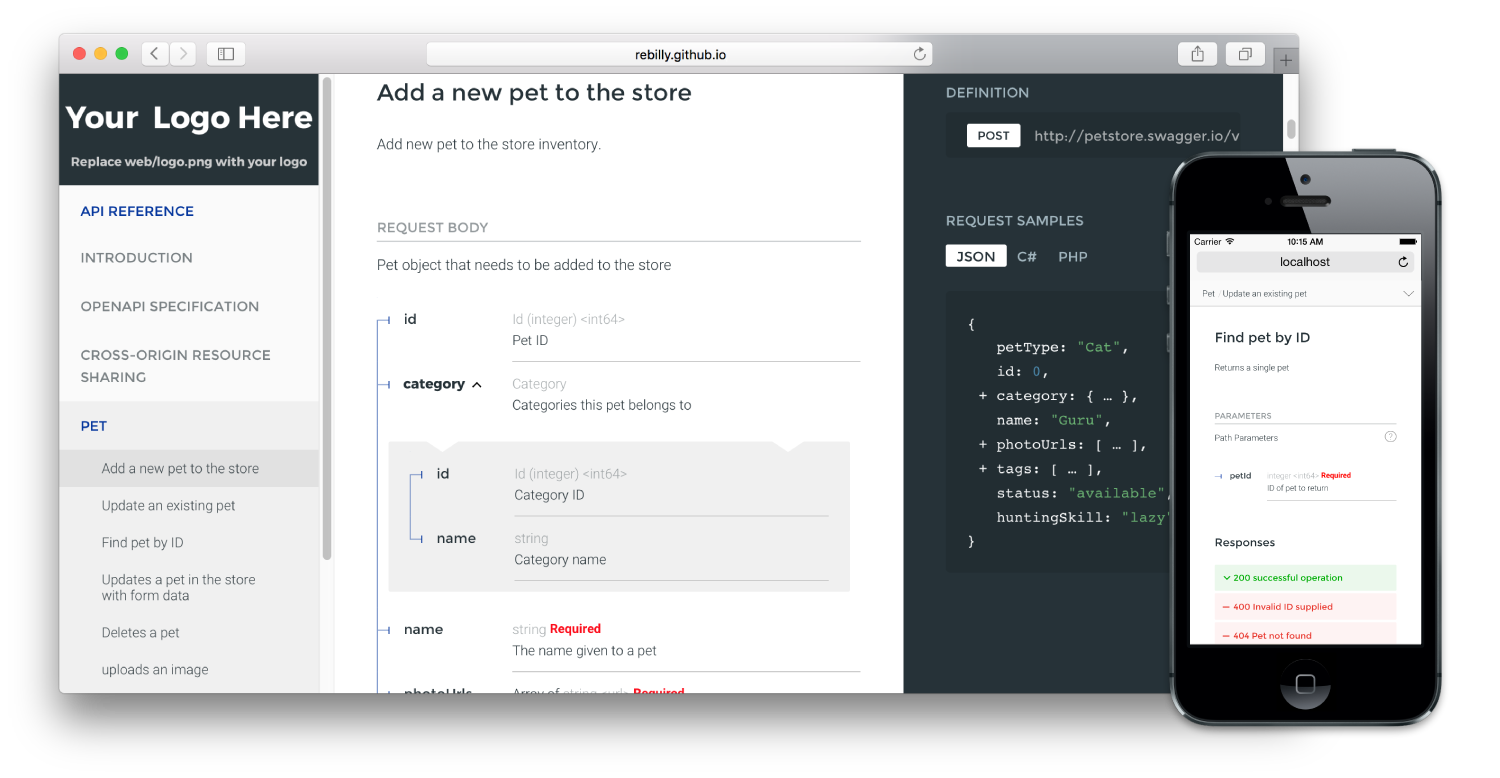 RAML is built on broadly-used standards such as YAML and JSON, and is language neutral with tools for: Java, Javascript, .Net, PHP, Python, Ruby, etc.

To create your API documentation with RAML, you can choose open source tools like the API Console or RAML 2 HTML. Documentation can be generated quickly and on the fly. With parsers available for many languages you can create your own custom docs and interactive scripts like e.Pages and Spotify.

RAML 2 HTML is a simple RAML to HTML documentation generator with theme support, written for Node.js. 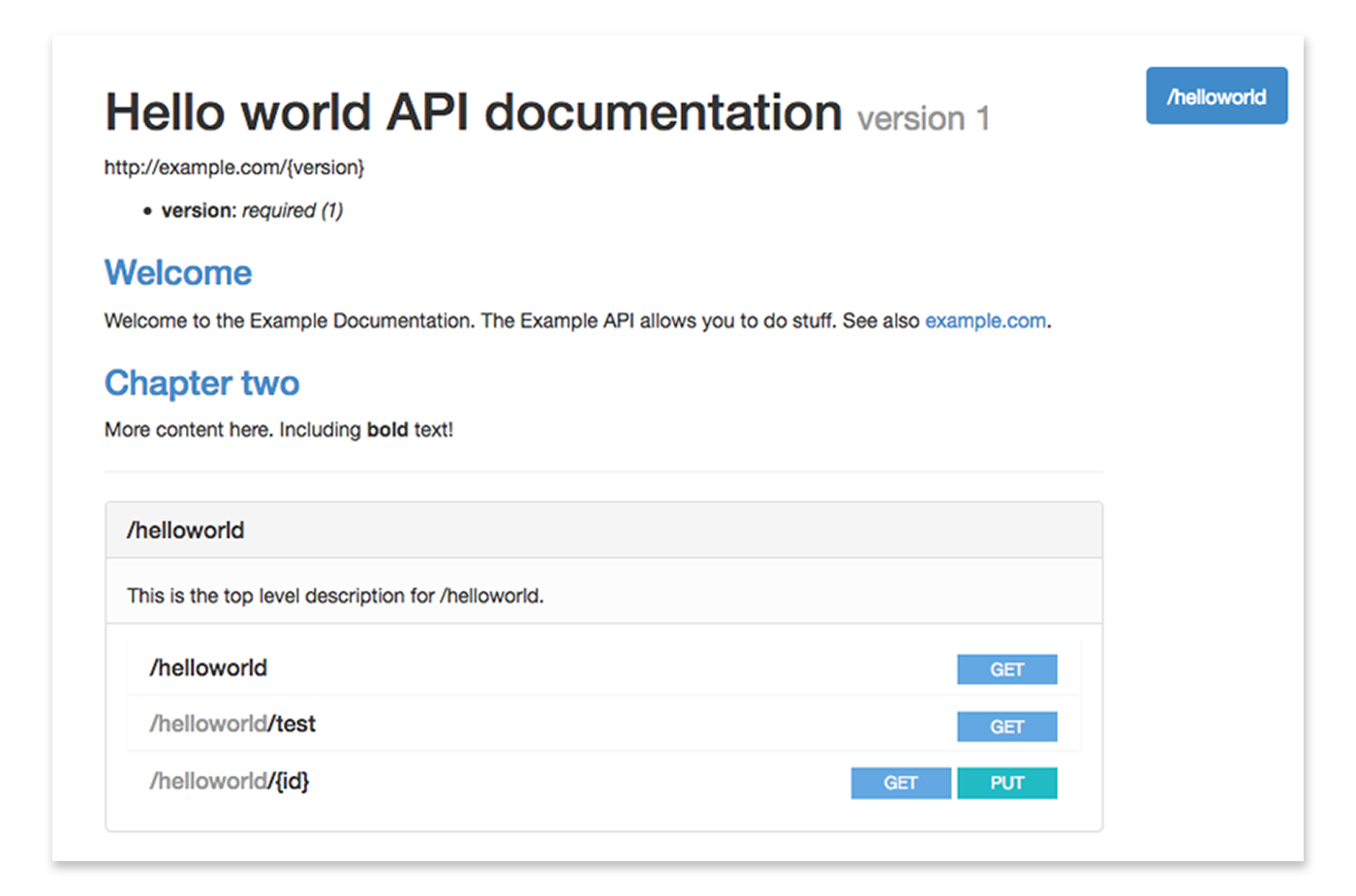 There are two ways you can include the console: directly, or within an iframe. 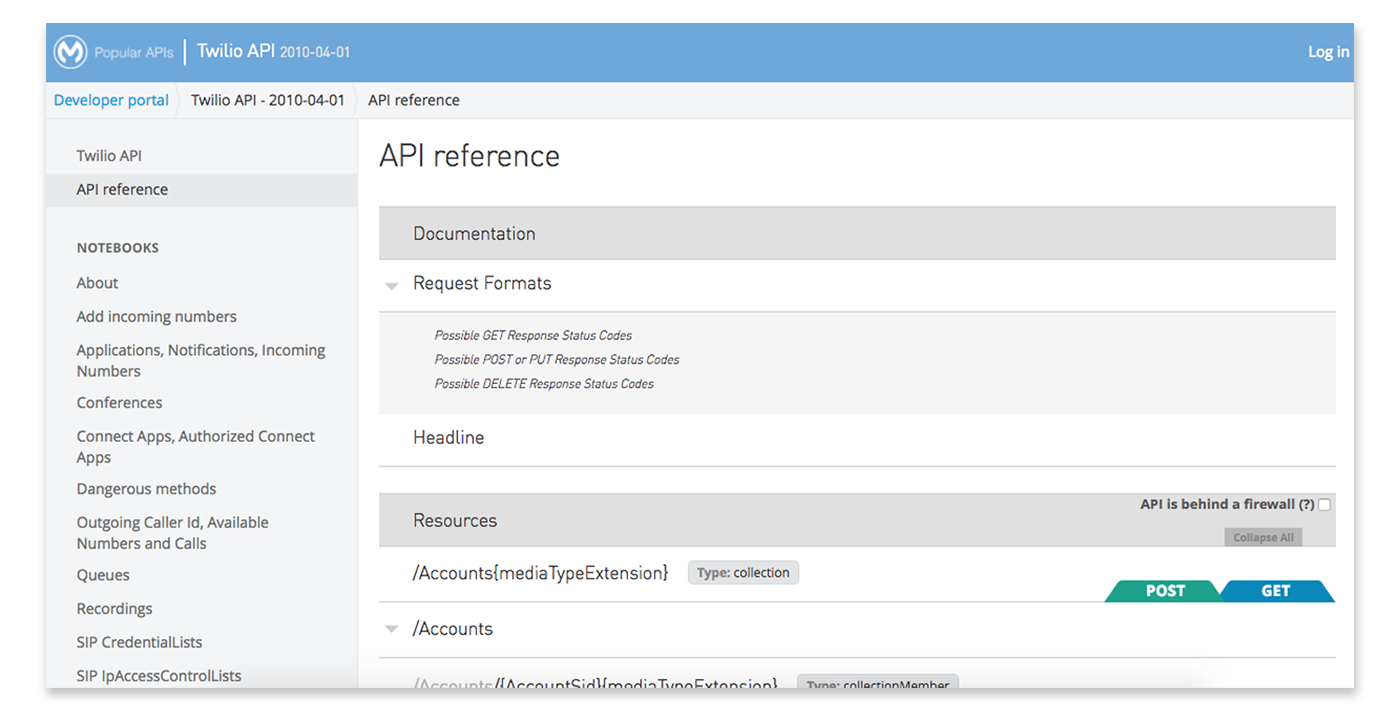 Example of an API documentation displayed with the RAML API Console

API Blueprint is a Markdown-based document format for writing API descriptions and documentation. With API Blueprint you can quickly design and prototype APIs to be created, or document and test already deployed APIs.

Thanks to its broad adoption there is a wide range of tools built for API Blueprint. From various standalone tools such as mock server, documentation and testing tools to full-featured API life-cycle solutions.

Snowboard is an API Blueprint parser and renderer. It offers a colourful default theme illustrating API request types and responses, and can also be used with custom templates. 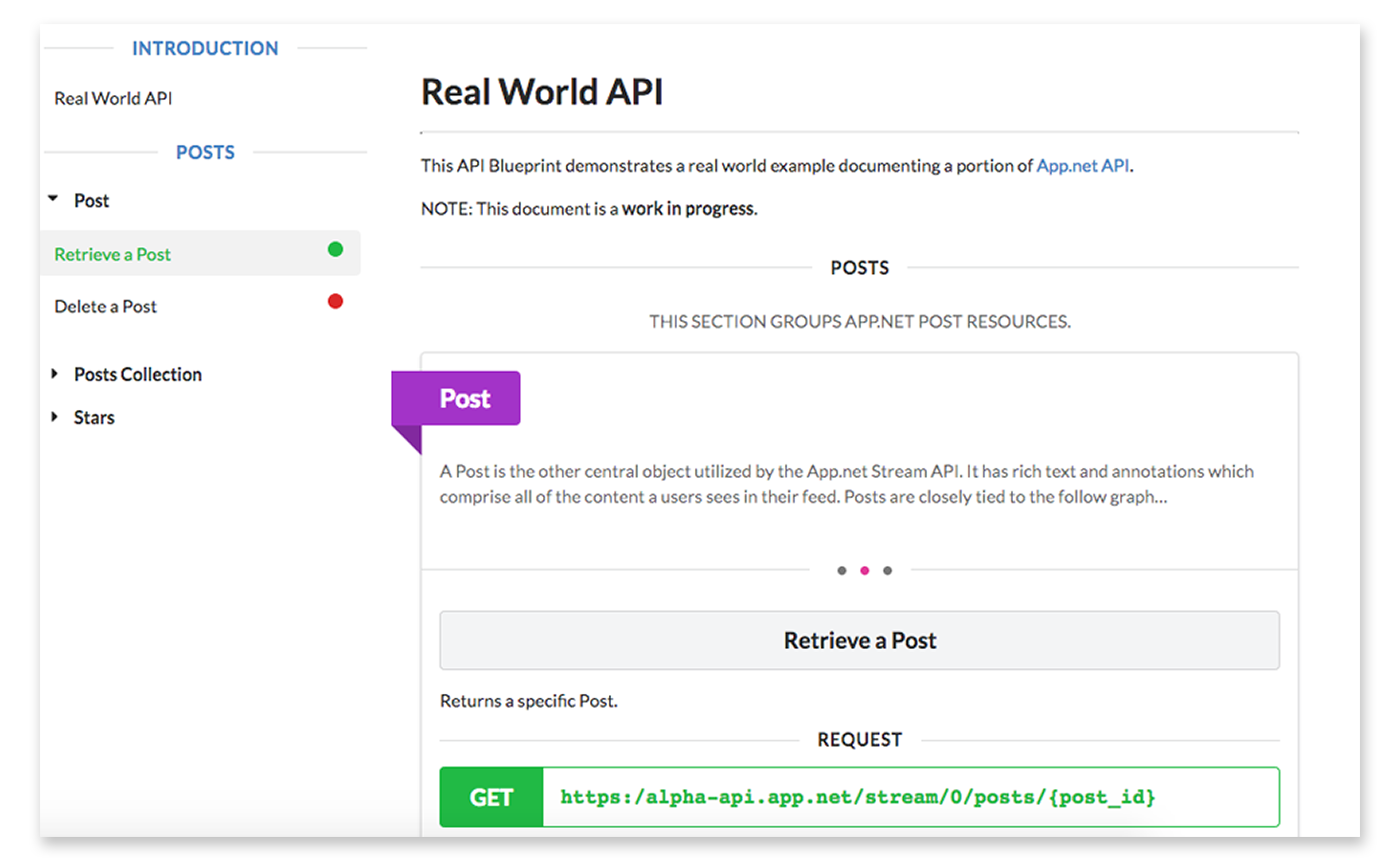 Example of an API documentation displayed with Snowboard 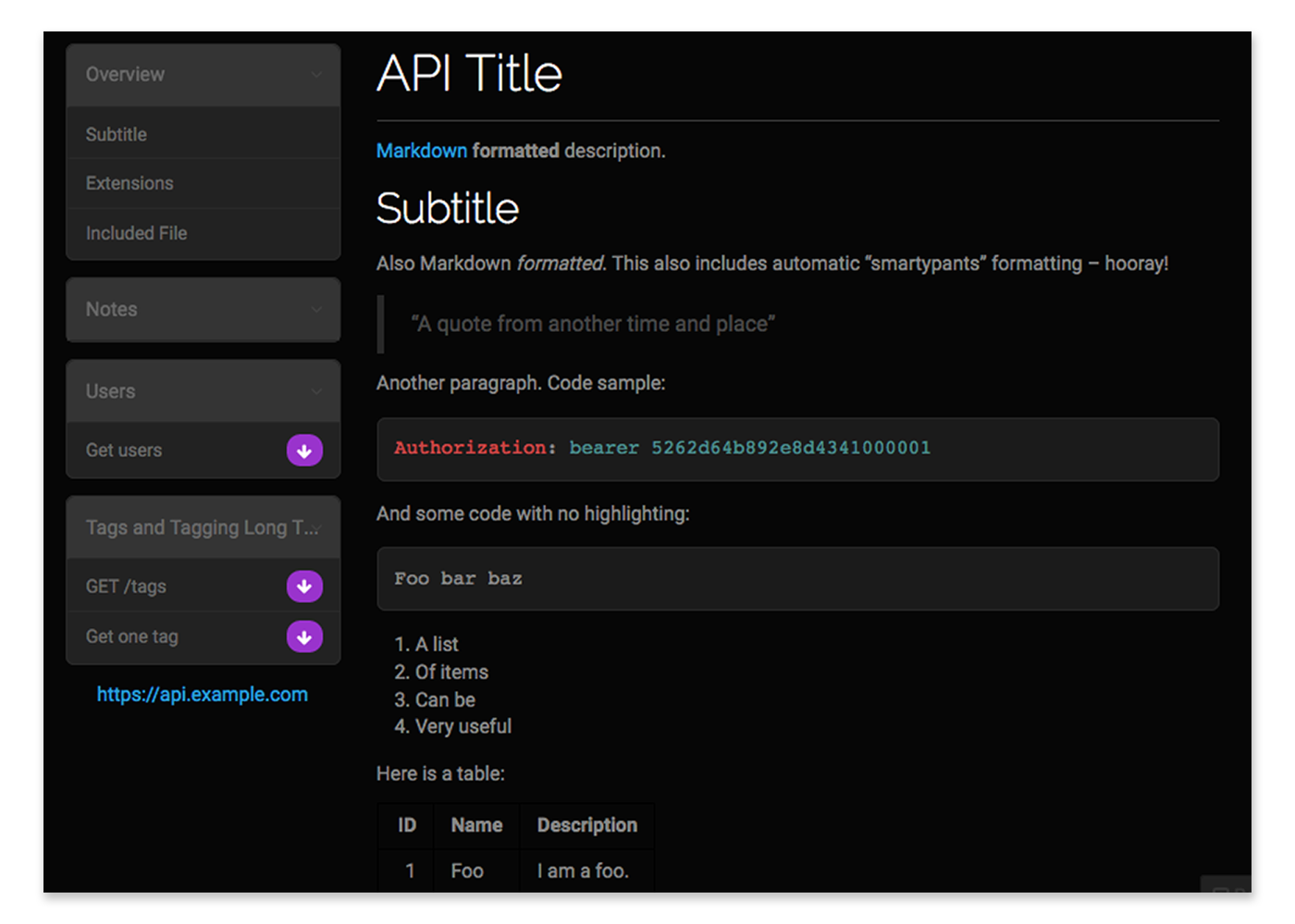 Besides the ones detailed above, there are plenty of different open source API documentation generators for different languages and API specifications. Here’s a brief summary of the ones we’ve explored:

And a free one:

Although very handy, API documentation generators are not the only way to render and display your API docs. Many general purpose documentation tools can also get the job done. You could consider using them if you already have one in place, or if you have more documentation tasks than documenting your API alone.

A couple of documentation tools you can check out:

We mentioned these tools to give you an idea of how you can use general documentation tools for API documentation, but there are many more to choose from, if you’d like to follow this approach.

At Pronovix, we work with Drupal, an open source content management system to build a full-featured developer portal, a toolbox for developer relations with integrated API documentation.

Drupal has a couple of modules that you can use to document your APIs, one of which is the API module originally developed to produce the Drupal developer documentation available at api.drupal.org. It implements a subset of the Doxygen documentation generator specification, with some Drupal-specific additions. If you’d like to publish your API documentation and you plan to extend it into a developer portal, you could give Drupal a try, as it’s free, open source, and has extensive documentation both for the core CMS and the API module.

As you can see, with some research and hopefully with the help of this post, you have a good chance to find an open source API documentation tool that fits the needs of your project.

Although this article features quite a few solutions, there are many others available or in development, and new ones are popping up continuously. Please let us know in the comments if you’ve tried a solution that you’d recommend to others!

An Application Programming Interface (API) is a set of clearly defined methods of communication between various software components. Organizations share their APIs so that developers can build applications that use the services of their software.

API documentation describes what services an API offers and how to use those services. Good quality documentation is essential to developer experience, which in turn will impact the adoption and long-term success of an API.